With recent advances in fat grafting techniques, it is now possible to reconstruct a breast following mastectomy with your own fat tissue. Dr. Becker is recognized both nationally and internationally as a leading authority in breast reconstruction, and has created his own methods and instruments to assist this procedure.

Fat transfer is performed by harvesting fat in the same way that liposuction is performed. Fat is usually harvested from the abdomen, flanks or thighs, resulting in improved contour to the body. This procedure uses natural fat with collagen and stem cell and growth factors obtained from the patients own fat and blood.

The procedure is performed by using a variety of procedures, including external expansion or BRAVA® which stretches the skin making space for the fat grafting. Tissue expansion can also be performed with saline injections prior to fat grafting.

Fat grafting is performed by harvesting fat in the same way that liposuction is performed. Fat is usually harvested from the abdomen, flanks or thighs, resulting in improved contour to the body.

The fat is specially prepared, removing oil that resulted from the fat grafting procedure. The fat is then mixed with PRP (platelet rich plasma) or PRF platelet rich fibrin. The platelet rich plasma is harvested from your own blood; the red cells are removed leaving the concentrated plasma which helps with fat graft survival. The result is that you retain your own tissue with sensation.

Dr Becker has recently developed a technique for reconstructing the breast at the same time as the mastectomy without flaps or implants.

Harvested fat is prepared using micronizer. This fat is then mixed with platelet rich plasma (from your own blood). It is then seeded on to an absorbable mesh (which is commonly used in surgery). The mesh is then laid over a Spacer which remains in place until a second procedure is performed to inject further fat.

If the breasts are relatively small the use of the spacer is not necessary, the mesh (Biomesh) is then layered to achieve the desired volume.

Further fat grafting can be done at a later stage for further volume increase.

View all of this patient's photos

Usually two to three fat grafting sessions are required to achieve the desired result. Fortunately, most of these cases are covered by insurance.

Patients Who Are Not Candidates 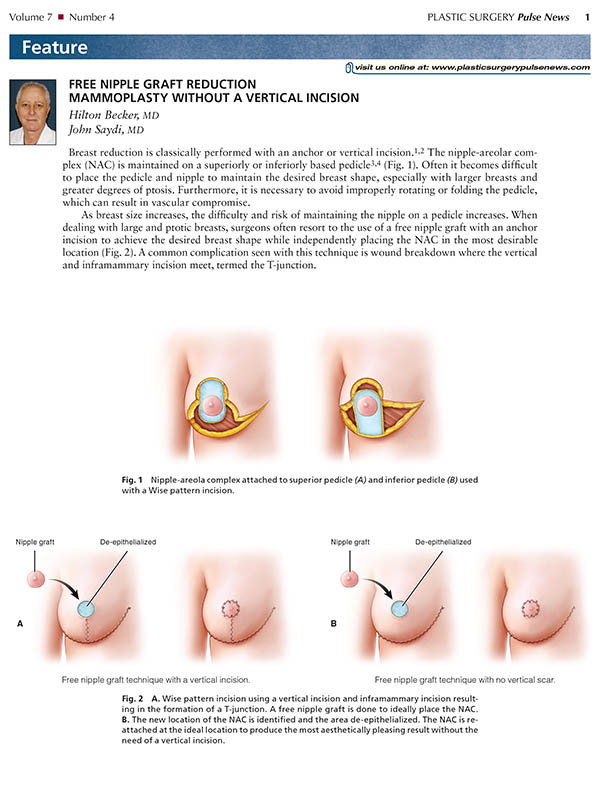 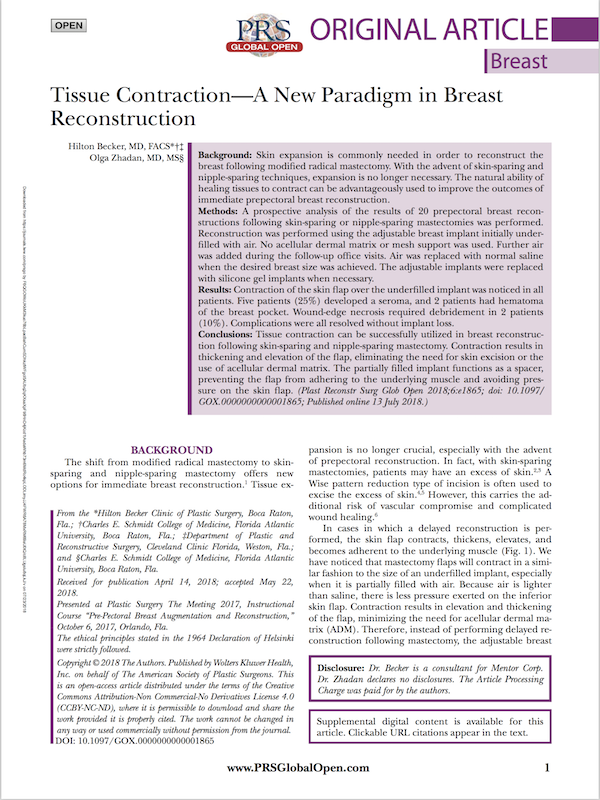 Dr. Becker’s trip to Singapore, India, and Malasia to lecture on breast reconstruction

Lecture: Saturday November 3 2012, The use of a New Long Term Absorbable Mesh in Reconstructive & Cosmetic Surgery

The Use of Synthetic Mesh in Cosmetic and Reconstructive Breast Surgery Explantation of failed acellular dermal graft and revision of left sided contralateral mastectomy using a 100% synthetic, long-term resorbable matrix.

Dr. Becker featured in TIGR® Matrix is the subject of an exciting new White Paper examining its use in Breast Reconstruction

Just Released: Aesthetic and Reconstructive Surgery of the Breast

Nothing is more important to us than your health and safety. In alignment with local and federal guidelines we have suspended all elective surgical services are temporarily suspending operations. We will continue to see post-operative patients for their follow up visits and any patients with medical emergencies. We have a Registered Nurse available to answer any questions.

We are pleased to offer virtual consultations and this has provided the opportunity to make them as streamlined and easy as possible for you. Our office is open as usual for any email, telephone, or video inquiries. Schedule a virtual consultation today to explore your options and receive expert recommendations from our board-certified world-recognized plastic surgeon, Dr Hilton Becker.